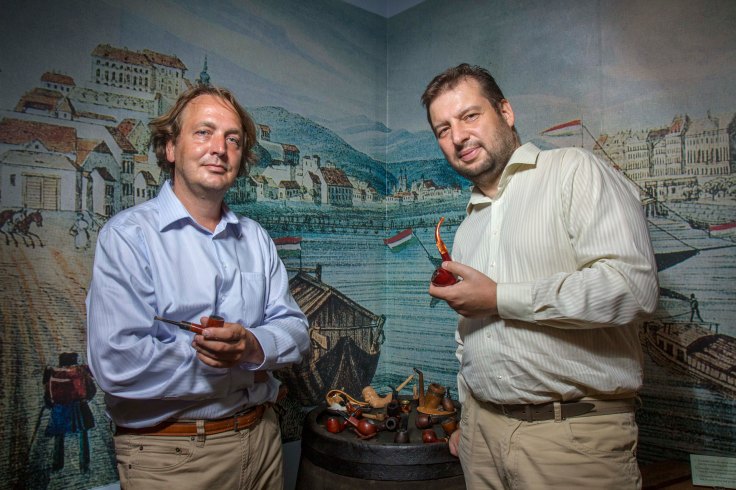 Zsolt Győrei and Csaba Schlachtovszky were both born in 1970 in Budapest. They became acquainted in elementary school at the age of six, and since then they have exerted a strong influence on each other’s intellenctual and spiritual development. The fruits of their literary enterprise – which include poetry and prose, scripts and musical libretti, tragicomedies and cabaret shows – have been published in several journals and two drama books. Today Győrei is a professor at the Hungarian University of Theatre, Film and Television, while Schlachtovszky earns his living as a script editor of a drama series for television. However, all these obligations could not prevent them from writing their first voluminous adventure novel.

EMMUSKA (Novel, Libri, 2013, 530 pages) A comical, historical murder mystery starring Baroness Emma Orczy (Emmuska) and her English husband, visiting fin-de-siecle Hungary in search of the killer of a childhood friend while saving the life of Emperor Franz Joseph in the meantime. Read more