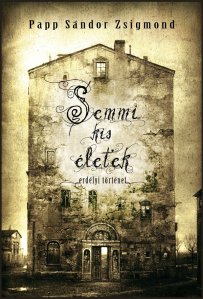 „…if we imagine happiness to be like a lake, why is it that in retrospect it still seems to fit in a shot glass?”

Number 79 Endeavour Street is an insignificant house a bit off from the centre of an unnamed little town in Romania, somewhere near the Hungarian border, with it’s usual mix of minority Hungarians and Romanians, and all the quirky, sad and happy and beautiful and terrifying tales that a house of four floors can contain in a Central-European city. You can meet here Rakucsinec, the man who always knows if some food or other product has arrived to the shops and it’s time to start queueing from dawn till dusk to get some sugar or chicken scraps for your tickets; or Toroczkay’s mother, who dresses up every day to prepare herself for the eventual traffic accidents which might of might not happen below her balcony; or Rudolf, the newly-recruited informer of the Secret Service who struggles to find the difference between crude documentation and literature while writing his reports.

Although we get to know every inhabitant of the house through the course of the novel, it is one particular flat of three rooms that is in the centre of the narrator’s attention: the three big chapters recount the stories of the three families living in the same apartment one after the other. And through their life, a complete panorama of Central-European existence is drawn from the late days of the communist dictatorship through the confusing and chaotic days of the revolution, up until the new times with the advent of the free market, Western influences and capitalism. First it is Rudolf and his wife, Márta who get to move in into the brand new apartment, given to them by the state on the condition that they produce a child as soon as possible. And the child, named Balázs is born, while Rudolf and Márta slowly grow cold to each other. Balázs grows up to be a rebellious young man who one day disappears near the strictly protected border – and it remains a mystery wether he was killed by the border patrol or got through, and if he did, what happened to him. His parents are informed about his death, but they can only have a the coffin for his funeral if Rudolf agrees to become an informer of the Securitate – and they cannot even open the coffin to make sure it is their own son they are burying.

After that Rudolf hangs himself in one of the rooms and Márta leaves the house, it is the mixed family of the Hungarian Laura and the Romanian Mihai Gondru who move in with their two sons Viorel and Roland, from whom Viorel is brought up to be Romanian, while Roland to be Hungarian. Mihai seems to be the perfect man of the system, who never tires to use his wit and cunning to climb higher and higher in the hierarchy of the Party; but when one of his sons doesn’t seem to remember Ceaușescu’s birthday and anwers insolently to the question, he beats him nearly to death with his belt and his demise begins. Meanwhile we also see Roland growing up with all the teenage loves and troubles of his age, and his uneasy romance with Eszter Novák, who is to become the protagonist of the third part of the book after Roland leaves the country and leaves the empty apartment to Eszter’s care.

Pretty much in the vein of Uwe Tellkamp’s exquisite novel The Tower (Der Turm), Little Lives is a book you would give  your children when they ask you about the events and the life in the Eastern Bloc in the last fifty years. Sándor Zsigmond Papp succeeds in showing all the absurdities and tragedies of life under communism and during and after the system change in a very realistic and cruel, yet funny and loveable way, while always keeping up suspense with the recurring motif of Balázs’s disappearance, about which we always read newer and newer versions, often contradicting themselves. The cold objectivity of the narrator’s voice is counterbalanced by his deep understanding of human frailties, making this vast panorama of a novel a delightful and heartwarming read.
. 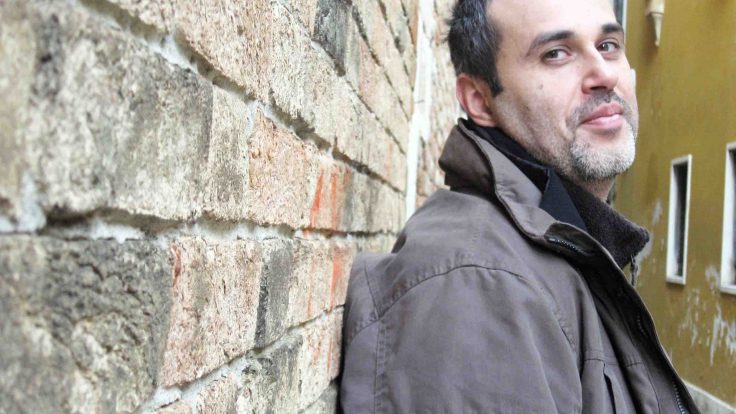 Sándor Zsigmond Papp was born in 1972 in Rădăuți (Radóc), Romania. He got his philosophly degree at the Babeș–Bolyai University of Cluj-Napoca (Kolozsvár), and has worked in journalism from 1995. Since 2005 he is leading the cultural section of one of Hungary’s most important daylies, Népszabadság. He published three books of short stories and two books of essays. Currently he lives in Budapest. Little Lives is his first novel. Read more